Heathcare system in need of a cure

Home News Heathcare system in need of a cure 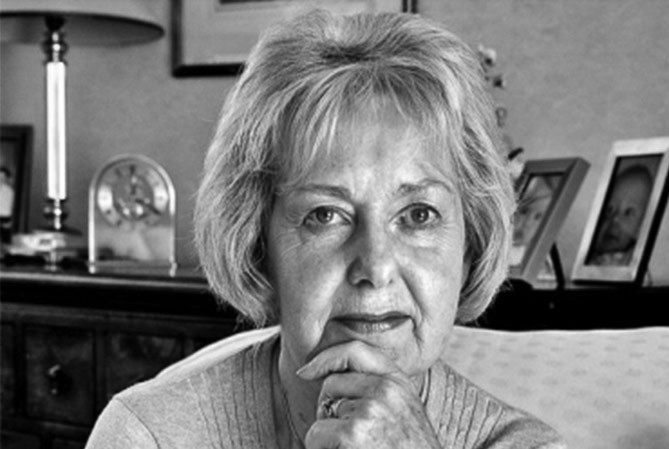 This article originally appeared in the Sunday Times, 15 March 2015

Families slam NHS funding scheme that is designed to help those in care.

ANGELA WOODWARD’S mother was awarded just a month’s care costs under NHS Continuing Healthcare before she died at the age of 101.
“At a time when I just wanted to be with mum, I was battling bureaucracy that lacked compassion. It’s failing vulnerable people time and time again,” said Woodward, 71, who slams the system as “distressing, traumatic and frustrating”.

Under NHS Continuing Healthcare, some people in care homes are eligible for free care, including board and accommodation, provided that their main need is assessed as relating to their health. The funding can help families who are otherwise forced to sell their homes and drain savings to meet the crippling costs.

It is not subject to a means test, there is no limit on the amount that can be paid, and it is not age related, but families around Britain are struggling to secure funding, often facing lengthy appeal processes to access this vital support.

Woodward, from Hertford, first heard about NHS Continuing Healthcare in 2009. “Nobody, from health care professionals to the local authority, had ever mentioned it as an option, but I read about it and realised mum was probably eligible,” she said.

Her mother, Florence Collins, had suffered from dementia for about eight years. By that stage, she was unaware of her surroundings, could not communicate and was receiving round-the-clock care.

Her one-bedroom flat had been sold for £115,000 to pay for the fees. These amounted to £655 a week for the home in Hertford, to where Collins moved in 2008. “After using the proceeds of the property sale to pay for care, this left a small amount to meet remaining costs,” said Woodward.

She enlisted the help of Paladin Advocates, legal specialists in continuing healthcare, to secure funding after reading about how difficult this can be.

However, the primary care trust (known as clinical commissioning groups since April 2013) refused. “They were reluctant to even do the assessment, even though mum met the criteria,” said Woodward. “I never understood why she was rejected. Those assessing her didn’t seem to understand the criteria.”

Finally, the application was accepted, but just a few days later, in February 2011, her mother died, meaning she was awarded only a month’s costs.

Since then Woodward has taken the case to review — four times.

“I’ve fought on, taking the case to the Strategic Health Authority to get funding backdated,” said Woodward. She argues that care should have been fully funded from when she first applied for continuing healthcare in January 2010. “We eventually received payment — but dating back only to August 2010. We’ve received no explanation why they can’t go back further as mum’s condition was the same.”

Woodward took the case to the Parliamentary and Health Service Ombudsman last year with Paladin’s help, but it upheld the Strategic Health Authority’s decision. “I’m not surprised a lot of people give up,” she says. “This has been a distressing, traumatic, frustrating and unfair experience — the system is bewildering.”

Is it always this difficult?

George McNamara, head of policy and public affairs at the Alzheimer’s Society, said: “Applying for NHS Continuing Healthcare can prove a minefield — families are repeatedly let down by the system, leaving them in the lurch and facing huge care costs.”

While there is a national framework for assessing individuals, covering England and Wales, this has failed to simplify the process, said Stephanie Rose from Solicitors for the Elderly. She said: “Assessment criteria is being manipulated to achieve a negative outcome — in many cases, patients’ needs are being downplayed.”

Anyone applying for continuing healthcare will go through an initial screening, after which the local health clinical commissioning group will write to confirm whether there will be a full assessment. If and when this is granted, the individual’s level of care needs in a range of areas is assessed, from continence to mobility.

However, success is something of a “postcode lottery”, warn experts, depending greatly on where you live. This is despite guidelines saying that commissioning groups must use the same criteria for assessing patients.

Anne Reed, managing director of Paladin Advocates, said: “There is a necessity for clinicians and managers to be knowledgeable about legislation and the National Framework to which they are duty bound to apply. Applicants need to be treated with empathy and compassion and not, as is so often witnessed, the aggressive and defensive attitudes being levied at these families.”

How many people get healthcare funding?

It is estimated that 59,000 receive continuing healthcare funding, according to the Department of Health, but charities say tens of thousands more could be entitled to it.

Caroline Abrahams, a director at the charity Age UK, said: “The system is confusing and opaque, often rejecting those who should be entitled to this help, while many more are unaware it is available.”

Can you appeal if you are turned down?

You can ask the clinical commission group to reconsider by appealing against the decision, although this could prove long-winded. If this fails, many solicitors will offer representation on a no-win, no-fee basis. As a last resort, you may turn to the Parliamentary Health and Ombudsman Service.

However, all it can do is check the application process has followed guidance. The ombudsman said about 400 complaints were received about continuing care during the past financial year. He said: “Even when complaints come to us, we cannot decide eligibility. We investigate whether the process has been carried out fairly and according to national guidance. We do not uphold the majority of complaints.”

How much does care usually cost?

The average cost of nursing care is £750 a week, according to the healthcare analysts Laing Buisson. The government is introducing a £72,000 cap on costs in April 2016, but experts warn this does not cover accommodation or food bills.

Turning to local authority funding, anyone in England with assets over £23,250 has to pay for residential care. Even with savings below this, a contribution may still be necessary. From April 2016, the upper limit will rise to £118,000. Limits in Scotland and Wales can be found on local authority websites.

You can contact your local clinical commissioning group and ask for an assessment for NHS Continuing Healthcare. Details are on the NHS website.

Scheme at a glance

What is NHS Continuing Healthcare?
This is a free package of care for people who have significant ongoing healthcare needs as a result of accident, disability or illness. It is arranged and funded by the NHS. If you qualify, it should meet the full cost of care including accommodation in a nursing home or hospice. Care can also be provided at home. Funding is not subject to a means test. There is no limit on the amount, and it is not age related.

Who is eligible?
Generally, it applies to individuals with complex medical conditions that need additional care and support.
To confuse matters, however, there is no clear-cut list of health conditions or illnesses that qualify, and assessment criteria is strict.

How do you apply?
Ask your GP or district nurse for an assessment that looks at care needs in a whole range of areas, from continence to mobility.

What is the process?
Anyone applying will go through an initial screening, after which the local health clinical commissioning group (CCG) will write to confirm whether there will be a full assessment. The assessment by several health and social-care professionals will consider all care needs in more detail, grading these by level of severity.

What happens if funding is refused?
You can ask the CCG to reconsider by appealing against the decision. As a final resort, you may turn to the Parliamentary Health and Ombudsman Service.