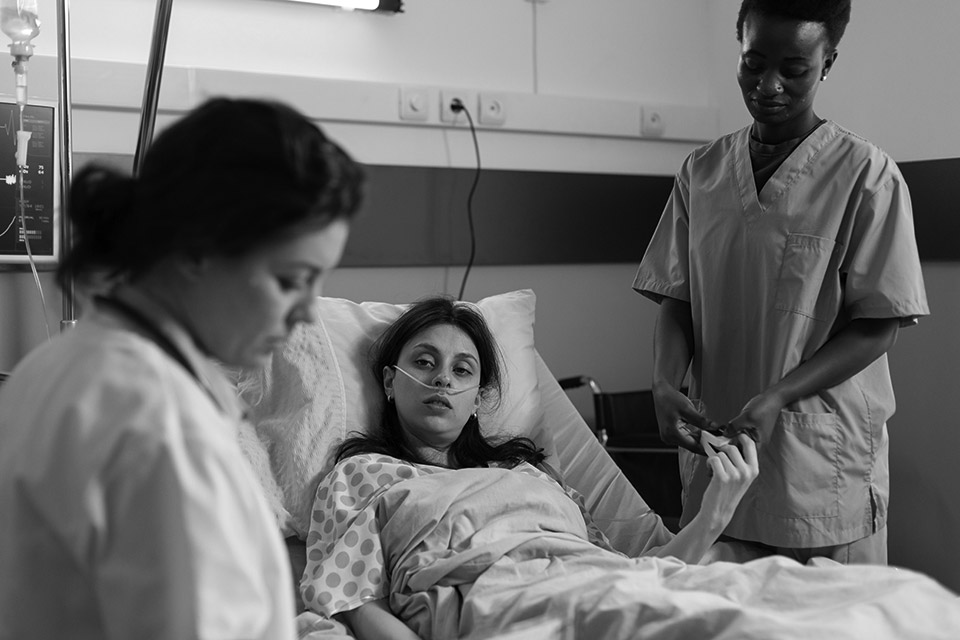 The NHS is very high on the list of public concerns at the moment.

Day after day stories emerge of terrible delays and distress in A & E departments around the country, with doctors warning that people are dying unnecessarily, simply because they can’t be treated in time. Dr Adrian Boyle, President of the Royal College of Emergency Medicine (RCEM), which monitors the standards in A & E departments said “between 300 and 500 people are dying every week as a result of delays in emergency care.”

Dr Ian Higginson, RCEM’s Vice-President said that the waiting times being experienced by patients in A & E were “appalling” and that he had heard of waiting times of up to 4 days!

Andrew McFarlane told the BBC about his 90-year-old mother who fell on New Year’s Eve and had to wait for over 30 hours before the ambulance arrived for her. Although his closest hospital was only 10 minutes away at Torbay, Devon, he was told not to move his mother in case he caused further injury.

A Downing Street spokesman said “the aim of this meeting was to help share knowledge and practical solutions so that it would be possible to tackle the most crucial challenges such as delays in discharge and emergency care.”

As well as the PM and key ministers, attendees included chief executives and clinical leaders from NHS organisations, local areas and councils from around the country, plus medical and social care experts.

The challenge for the government is to be able to demonstrate to the public that they can translate the cash and pledges of commitment into a service that really provides for patients when they need it. In simple terms that the sick can be collected, got out of ambulances and into hospital beds to be given the treatment that they need.

More cash has gone in, but the huge cheques for health spending simply have not kept pace with demand or inflation. The A & E target stating that people should be seen within four hours has not been met since 2015 coupled with there now being fewer available beds and acute staff shortages.

The results of the NHS Recovery Forum were announced quickly as the government wishes to be seen to be managing the short-term crisis and to be making inroads into the mid-term issues.

The NHS will now buy care beds in order to free up space in hospitals. The aim is to move thousands of NHS patients in six areas in England into care homes. The NHS will spend £200 million for thousands of extra care home beds in the hope of speeding up the discharging of hospital patients and thus reduce the strain on the hospitals. This will fund stays of up to four weeks until the end of March 2023. There is also a further £50 million of funding for hospital capital funding to expand hospital discharge lounges and ambulance hubs to help tackle queues of paramedics waiting to hand over patients.

If the initiative is successful, it will significantly reduce the pressure on A & E and speed up ambulance handovers by allowing patients to be admitted to the wards from A & E more quickly.

Patricia Marquis, Director, Royal College of Nursing England said “the aspiration in this policy is right.”

The package will include trials of others ideas to free up hospital beds. The government has said that these ideas will also include dedicated dementia hubs and new options for rehabilitation care, which could be rolled out across the NHS, if successful.

Aspirations are high but questions have been raised as to why it has taken so long to release the £500 million of winter funding announced in September 2022 as the NHS is still waiting for £300 million of the original pot of £500 million to arrive. It is anticipated that this will now be received by the end of January 2023. The slowness of distribution only compounds the issues.

A further consideration is that whilst there may be spare beds available in care homes there is an acute shortage of staff to look after the proposed influx of temporary residents and to be able to provide them with the required level of support to see them returned to their own homes. There is a real danger that this initiative only pushes the problem further down to a different part of the system and that many people will find themselves trapped in a care home rather than being released to their own home in the absence of enough staff to deliver effective care in the community. Individual choice runs the real risk of being lost in this attempt to free up beds in the hospitals.

Whilst this initiative may help ameliorate the short-term problem it does nothing to address the real elephant in the room namely “Can the health service as it stands really last into the next decade and beyond?”

Many politicians will say privately that there must be a dialogue about whether our way of providing health care can survive as medical advances create more amazing, but expensive treatments and demand goes up as the population lives longer.

However, this is a conversation that few politicians are willing to have in public whilst health leaders feel that it is imperative to have this debate in order to properly prepare for the future.

We at Paladin Advocates and Attorneys are specialists  in assisting clients and their families when in need of help and advice relating to sourcing funding and creating care packages; facilitating hospital and care home discharges; appointing Attorneys and creation of LPA’s and Wills.